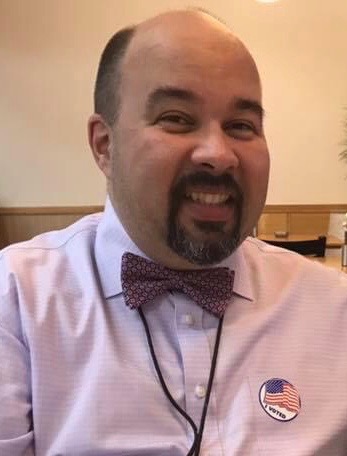 Javier is the Founder and Managing Partner at Amelia Consulting Group, a government affairs and advocacy firm that specializes in issue campaigns, advocacy and stakeholder engagement, crisis communications, support for high-stakes litigation, and strategic philanthropy.

He has two decades of experience advising Fortune 500 companies, labor unions, trade associations, advocacy groups, law firms, and political candidates. During the 2020 elections cycle, he was a National Latino Advisor for the Biden For President campaign and part of the team responsible for launching the most comprehensive and culturally competent outreach program ever designed to secure the Puerto Rican vote.

Throughout his career, he has worked on legislative and regulatory battles ranging from environmental justice for Vieques, Puerto Rico, to fighting the Trump Administration’s inhumane treatment of migrant children and his efforts to undercut refugee resettlement. As a seasoned operative, he knows quite well how important it is to be the one framing the debate. That is why during his tenure with the American Foreign Service Association, his team launched a brand awareness campaign that changed congressional conversations around U.S. Foreign Service members from “what is it that they do” to “what can we do to help them.” In doing so, he spearheaded the organization’s outreach and response to the 2012 Benghazi attack, compensation for the Iran crisis hostages, the international affairs budget, and the U.S. Senate confirmation of career American diplomats, among other issues.

Javier has advised entities like Lutheran Immigration and Refugee Service, Hispanic Federation, League of United Latin American Citizens, and the Government of Puerto Rico, to name a few. He is the Chair and co-Founder of Grupo 21, an initiative launched by stateside community leaders and elected officials of Puerto Rican heritage after the 2020 elections to increase the diversity of the Executive Branch. He is also a proud alumnus of Congresswomen Barbara Lee and Barbara Kennelly.

Kimberly Brandt is a nationally renowned expert on Health policy.  Most recently she served as the Principal Deputy Administrator for Operations and Policy of the Centers for Medicare & Medicaid Services (CMS) at the U.S. Department of Health & Human Services.  In that role she supported all activities necessary for the operation and management of CMS and its programs, including, Medicare, Medicaid and the Children’s Health Insurance Program.

Kim served as Chief Oversight Counsel and General Counsel on the Majority staff of the U.S. Senate Finance Committee from January 2011 – August 2017.  Before joining the Finance Committee staff, Kim was a Senior Counsel at Alston & Bird in Washington, D.C.

Her previous government service includes serving for seven years as the CMS Director of the Medicare Program Integrity Group.  Prior to her first tenure at CMS, Kim worked for five years at the HHS Office of Inspector General as a Senior Counsel. 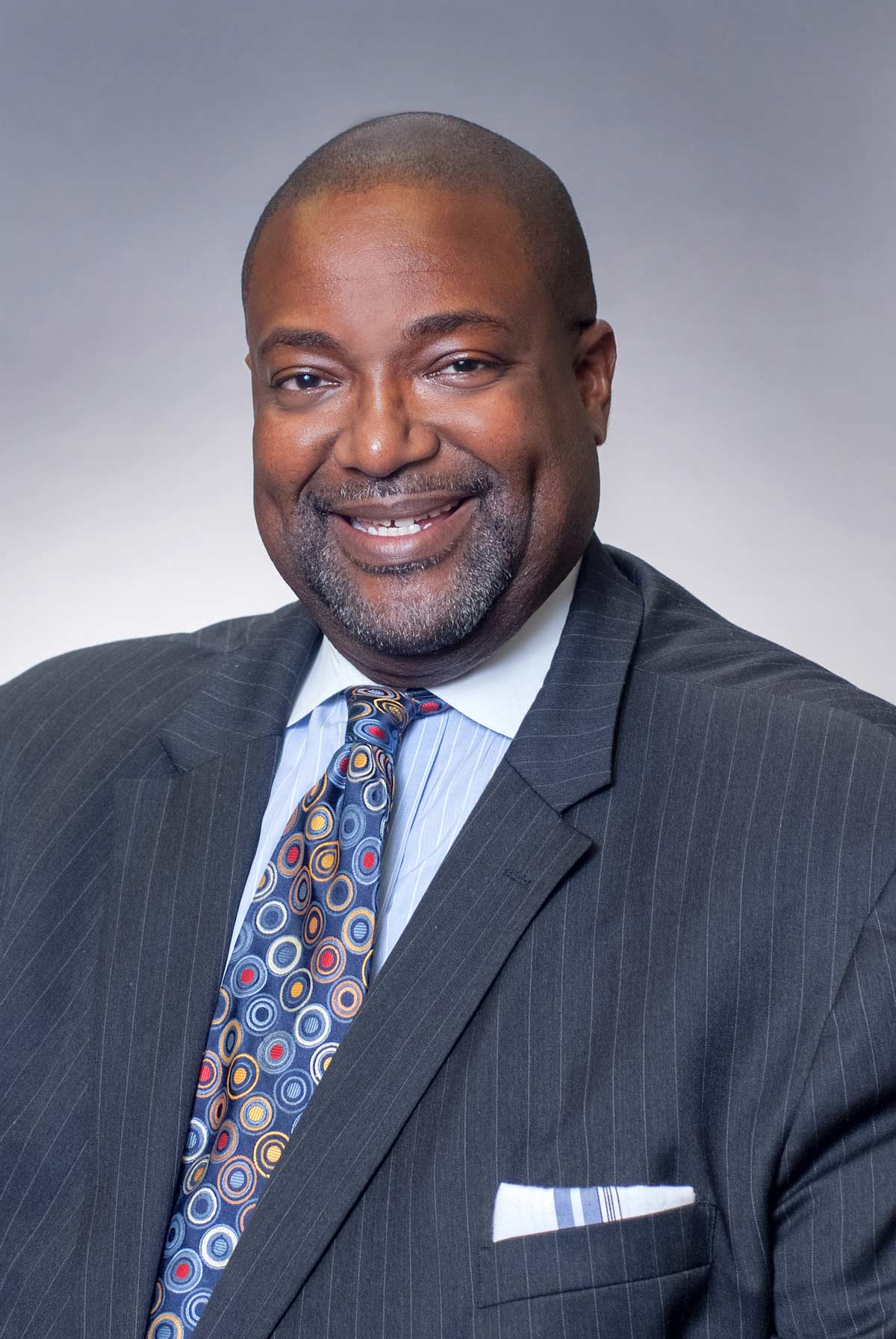 Fred is a nationally recognized expert in disaster management, housing policy and finance, and equitable community development. Over the course of Fred’s 25-year career in both the public and private sectors, he has advised presidents, governors, and mayors on their response to and recovery from catastrophic disasters.  He has led the implementation of national policy in housing and community development under President Clinton, managed the execution of the country’s multifamily housing programs under President George Bush, and led the White House Task Force on Disaster Recovery under President Obama.

Fred began his career as a Principal Consultant for PriceWaterhouseCoopers where, for five years, he procured contracts and completed projects that improved government performance at the local, state, and federal levels. Fred went on to serve for seven years at the U.S. Department of Housing & Urban Development (HUD) where he worked to increase homeownership and rental housing opportunities for underserved communities. While serving as the Deputy Assistant Secretary for Multifamily Housing at HUD, Fred managed the operations for the development and asset management of more than 30,000 privately-owned multifamily housing developments, administered housing and grant subsidy programs of nearly $8 billion in annual appropriations, and provided oversight to nearly 2,000 staff in all fifty-one offices nationwide.

Fred, who is currently working on numerous projects as a consultant, is a Harry S. Truman Scholar and a Notre Dame Scholar. He served as Class Marshal for his Harvard, Kennedy School of Government, Class of 1994.  He serves on many community and national boards. Fred also lectures at various universities on disaster resiliency and equitable, sustainable recovery.  He lives in New Orleans with his wife and three children.

During a career spanning over fifteen years for the Central Intelligence Agency, Mike specialized in counterterrorism, counter narcotics and counterinsurgency operations. He engaged in, organized and supervised operations around the globe, working in Asia, the Middle East, Africa, Europe and elsewhere. He was recognized professionally for outstanding performance and for operational achievements in hostile environments.

In December 2000, after leaving government service, Mike co-founded Diligence (www.diligence.com) with the goal of building the premier intelligence and risk management firm. As a principal partner over the years he has worked to grow the company as it expanded around the globe, opening offices in London, New York, Washington, Moscow, Sao Paulo, Brussels and Geneva. He also worked to establish the company’s security operations in Iraq in 2003, as Diligence built a team of over 300 expat and local personnel involved in security and information collection. Based in New York City, Mike now oversees the company’s operations and growth throughout the Americas.

Diligence is a leading provider of due diligence, litigation support, investigative services and competitive/strategic intelligence to multinationals, financial institutions, law firms, governments and high net wealth individuals around the globe.

Mike is a regular contributor in the national and international media on intelligence, security and counterterrorism and geopolitical issues. He appears regularly on Fox News and CNN as a commentator and occasional host, as well as other major media outlets.

Glenn has spent the past two decades engaged in applying leading edge technologies to help governments around the world become more effective and efficient.

Over the past seven years he served in a number of roles at leading biometric technology provider, Cross Match Technologies including President of their Ventures business unit, General Manager and SVP for Global Sales and Services, and initially as VP of their Federal Business unit. He was a critical part of the management team and played an instrumental role in the recent sale of the company to Francisco Partners.

Prior to Cross Match, Mr. Hickok worked for Fortune 500 Information Technology provider, EMC, where he was responsible for their line of business that supported the intelligence community.

Before joining the private sector, Mr. Hickok served ten years of active duty as a helicopter pilot in the U.S. Navy and on the Chief of Naval Operations staff at the Pentagon.

Mr. Hickok holds a Bachelor of Science in Electrical Engineering from the University of San Diego and a Masters in National Security from Georgetown University.

With a deep understating of the identity management industry, entrepreneurial spirit and commitment to advancing international Security objectives, Mr. Hickok is currently consulting to a number of companies and advancing emerging business concepts.

Studied Information Systems Engineering on a Computer Science track at US Military Academy at West Point. Expert at solutions development and deployability for sensitive military customers. Regularly collaborates with inter-division personnel, client executives, and Senior U.S. Government and DoD leadership. He is a graduate of the United States Military Academy, West Point and lives in Northern Virginia.

Douglas A. Ollivant is a Managing Partner and Senior Vice President of Mantid International, LLC, and an ASU Senior Fellow in the Future of War Project at the New America Foundation. His diverse background includes stints as a National Security Council director at the White House, a counterinsurgency advisor in Afghanistan, the chief strategist for Baghdad during “The Surge” and a professor of politics at West Point.

A retired Army Officer, he is a graduate of Wheaton College, holds a Ph.D. from Indiana University, and is a graduate of the Army’s School of Advanced Military Studies. He is a life member of the Council on Foreign Relations, Veterans of Foreign Wars and the American Political Science Association, and also serves in various advisory capacities to Monument Capital Group, TranScan Systems and Meridian Hill Strategies.

Raised in Columbia South Carolina he earned a Bachelor of Arts Degree in Business Administration from Fitchburg State College and is pursuing his Master of Science Degree in Human Environmental Sciences from the University of Alabama.

He resides with his wife CPA Amy Reeves Powers in Orlando, Florida with their blended family of six children, and two Labrador Retrievers “BAMA” and “Max.” 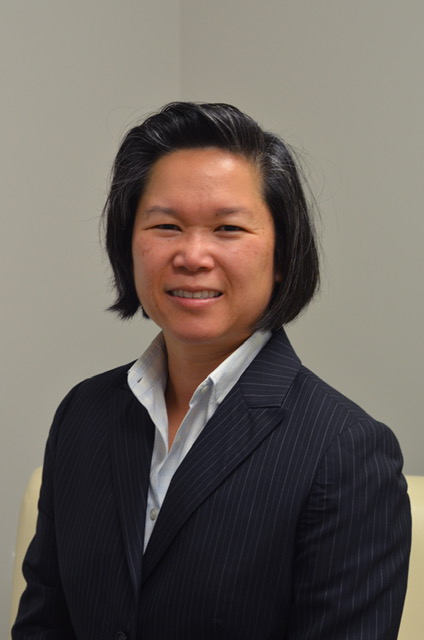 Ana M. Ma is a Partner at Nexxus Consulting. She joined in 2016, bringing with her more than two decades of experience in the public and private sectors as an advisor on national policy and political strategy. She also brought an extensive network of connections and relationships cultivated from numerous political campaigns at every possible level, from local school boards to presidential campaigns.

Before joining Nexxus Consulting, Ana lent her strategic management skills to the Human Rights Campaign, where she served as its Chief of Staff and Chief Operating Officer. During her tenure, Ana guided the organization through major milestones and crucial turning points. Among them, the groundbreaking 2015 Supreme Court ruling that legalized same-sex marriage and critical updates to the Military Equal Opportunity policy to ensure parity to gay and lesbian service members.

Prior to the Human Rights Campaign, Ana served as Chief of Staff at the U.S. Department of Labor. There, she worked on a wide range of issues including worker safety and wage and hour enforcement, youth employment and mine safety. She also oversaw the program to help reintegrate veterans into the workplace. In 2013, Ana was named by National Journal as one of the top 250 Decision Makers in the Obama administration.

From 2009 to 2011, Ana served as Chief of Staff at the U.S. Small Business Administration, where she oversaw the expansion of the small business loan programs, entrepreneurship opportunities, and the broadening of small business international trade.

Ana’s congressional leadership path sprung from her time as Senior Counsel and Chief of Staff to U.S. Rep. Raúl M. Grijalva. She worked with the Arizona Democrat for three terms, providing strategic guidance on issues including health care, environmental protection and immigration reform. She also provided critical direction during the early expansion plans for the Mariposa Port of Entry in Nogales, Arizona, one of the nation's busiest land ports and the main agricultural entry point from Mexico and was one of the main points of contacts for the Tucson Street Car, one of the first projects from US Department of Transportation TIGER grants.

Ana continues to serve as an informal counsel to Grijalva, as well as many members within the Arizona congressional delegation and across Capitol Hill.;

Ana grew up in Tucson, Arizona, and graduated with a political science degree from the University of Arizona.