Ernest Baynard brought a unique understanding of politics, policy and the media to my team. By working closely with Ernest we were able to generate significant national media coverage for the issues I care about the most - his efforts and expertise played an important roll in building my profile and securing my first re-election victory as a new Member of Congress. 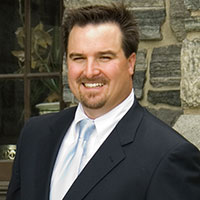 Over the past eighteen years, Ernest C. Baynard IV has successfully built and managed a wide array of public affairs campaigns for a diverse group of clients. Prior to founding Meridian Hill Strategies in 2002, he served in the Clinton Administration as Special Assistant to HUD Secretary Andrew Cuomo and on the National Advance Staff of Vice President Al Gore. Baynard has also served as Communications Director for U.S. Representatives Mike Forbes (D-NY) and Mike Honda (D-CA). Additionally, he served as a guest lecturer on media and politics at the United States Military Academy, Georgetown University and Johns Hopkins University.

With a strong focus on innovation and technology, Baynard and Meridian Hill Strategies, work with some of the nation’s top companies, universities and organizations to create a powerful voice for them inside the Beltway. Over the past eighteen years, Baynard has built an industry-leading public affairs firm that optimizes a diverse suite of professional services that enables its clients to win on critical federal issues and achieve success and rapid growth.

As a lawyer and communications expert with a strong background in technology and coalition building, Baynard brings a diversified and innovative approach to his work. Baynard and his firm currently represent a number of innovative companies providing solutions to the U.S. government in the areas of defense, homeland security, transportation, trade, communications, clean energy and healthcare. He has also built and managed some of the most impactful and successful grassroots and media campaigns in the nation in the past ten years.

An avid supporter of the music and the arts, Baynard has produced a number of live music events in association with progressive issues, candidates and events including the Democratic National Convention. His work to bring progressive ideals and musicians together includes collaboration with acts such as Jason Isbell, The Rebirth Brass Band, The Drive-By Truckers, Justin Jones and others. Mr. Baynard is also proud to serve as a strategic advisor to the Bruce Lee Foundation, a nonprofit organization dedicated to the advancement of the legacy of legendary martial artist Bruce Lee.

Mr. Baynard earned a Bachelor of Arts degree in Political Science from Tulane University and was awarded a Juris Doctor with Honors from the University of the Pacific, McGeorge School of Law. He was admitted to the practice of law in California. He lives in the Washington, D.C. area with his wife and their three sons.

Ernest Baynard Explains Why Every Tech Startup Needs a Lobbyist

While some of the large firms on K Street took a financial beating this past year, the world of lobbying remains strong among the boutique firms thriving here in Washington.